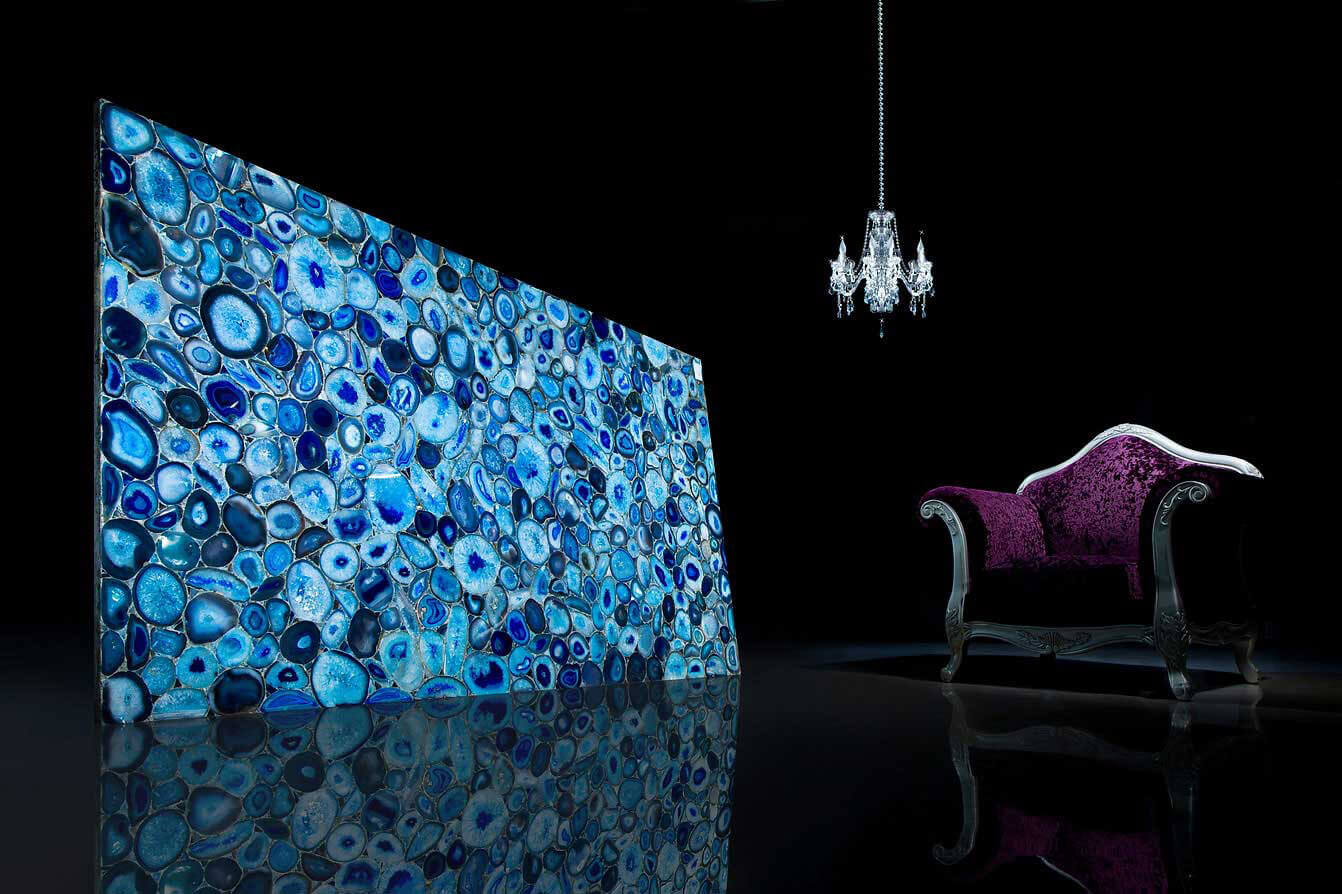 One of the most beautiful gemstone as a coffee table

Agate coffee table as showpiece in the room

Agate is one of the most loved and certainly one of the most beautiful gemstones that are found worldwide. This type of gemstone has a stunning appearance. Agate is a transparent gemstone and contains beautiful patterns. The crystals that are usually present create a breathtaking whole. This is one of the reasons that Agate tables are regularly used in luxury interior projects.
We offer our Agate coffee tables in any desired size and we supply the Agate coffee tables in three different Agate colors: natural / grey, black and blue. An Agate table forms a real eye-catcher in your interior!

The word Agate comes from the Latin word Achates, the name of a river in Sicily where this stone was first found. In addition to Italy, Agate is also extracted at various places in the world, such as India, South Africa and South America. Most of the Agate stones that we use come from Brazil. Agates are formed in rocks that contain blows, cracks or fissures, such as in volcanic rocks. A filled hollow space is filled with minerals.

An Agate coffee table in your home?

Are you interested in an Agate table? We are happy to inform you about the options. If you want to receive more information, please contact us.

Each Agate coffee table is supplied in the desired height with a choice of various types of bases. The colour of the coating on the base provides the finishing touch to your Agate coffee table. We are happy to inform you about the possibilities.

Do you want more information or do you want to receive a price indication? We are happy to inform you about these unique coffee tables. Please indicate the table size you are looking for, so that we can provide specific information. 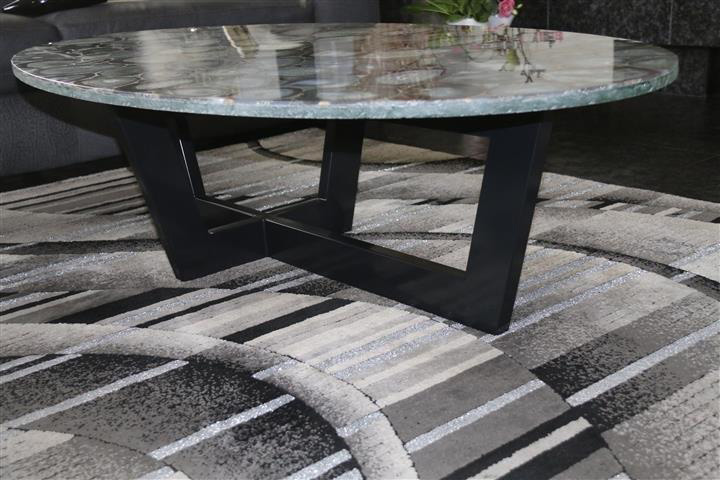